The Meriden Farmers Market successfully moved to its downtown location in 2011 and promptly enjoyed a greatly expanded number of vendors as well as providing multiple activities for its customers. This new site provides more visibility for the Market, as well as the placement of permanent Farmers Market signage.

Since 2016, the Market has been located at the award-winning Meriden Green (formerly the Hub) at Mill St. (between Pratt and State Streets).

Using the Market’s current “anchor” farmers as a base, other vendors are being added, including (but not limited to) artisanal bakeries, “lunch on the go” booths, and unique produce (different than that offered by the current farmers). This may include items such as “organic” produce and heirloom tomatoes, as well as cheese or honey. And perhaps egg farmers and butchers.

Each week, there will also be local craftsmen offering their creations such as jewelry, cut and silk flowers, homemade crafts and clothing. Every Saturday, music entertainment is offered. Community groups will also have access to booths. Each week will be different! 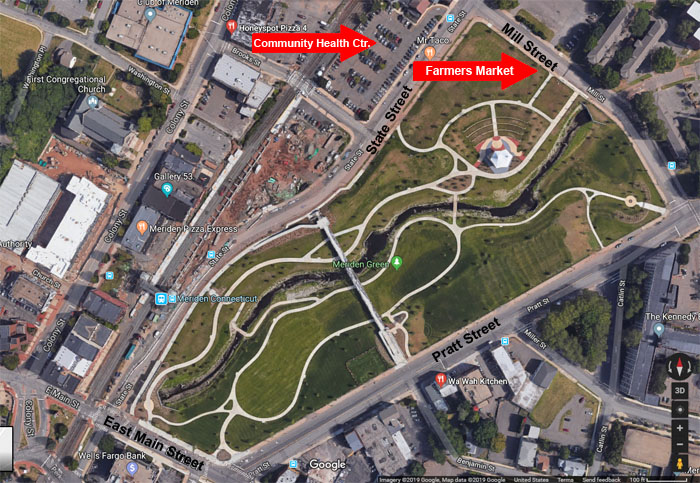