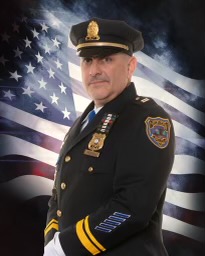 Captain John Mennone is the Commander of Police Operations. This Division has responsibilities for Patrol, Neighborhood Initiative and School Resource Officers, Animal Control, Traffic Unit, Traffic Investigation, SWAT and Hostage Negotiations. This Division encompasses the aspects of law enforcement that are most visible to the public. Police Operations is responsible for providing rapid response to emergencies, comprehensive initial investigation on all criminal matters, community service and assistance to the general public, and traffic safety. This is the largest Division in the Meriden Police Department with over 100 sworn and non-sworn employees.