Lions Club Park, located on Oregon Rd. marks the entrance to the Quinnipiac River Gorge Trail. The park offers a handicapped parking area for trail users, as well an informational kiosk that contains a topographic map of the Gorge Trail as it extends 1.3 miles from the two brownstone entrance columns to the Cheshire town line. Red Bridge, located at the south end of Lions Club Park, is another component of Meriden’s effort in the restoring of the area around Hanover Pond to its prominence when the bridge was built. The bridge itself is listed on the National Register of Historic Places was restored by the Meriden Lions Club in 2002. The City of Meriden reportedly built the original Red Bridge, circa 1880, as a wooden enclosure as not to “spook” the horses as they crossed the river at a cost of less than $1,000. by hiring the local poor, and one carpenter in 15 days. The bridge, named because one of its wooden predecessors was painted red, is now used exclusively for those fishing and as the pathway to the trail entrance in Lions Club Park. 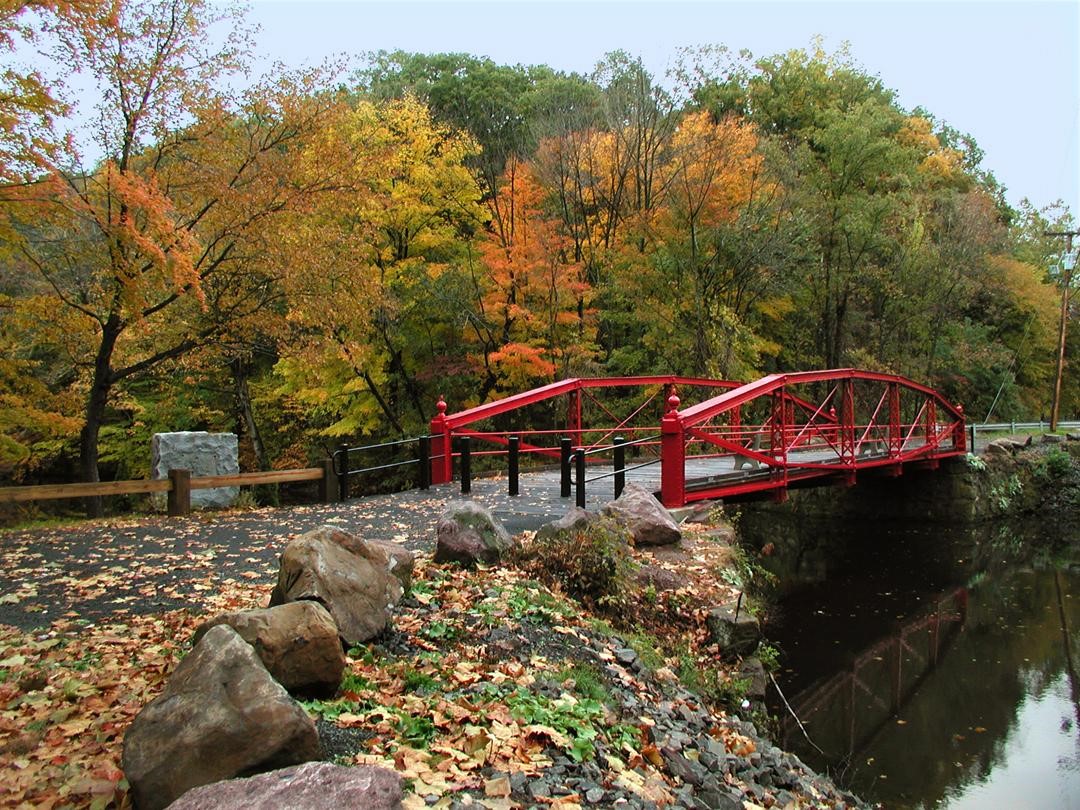